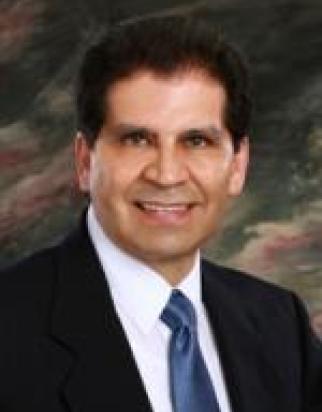 Del Olivas is a fifth (5th) generation native of Pueblo County. He was born and raised in Avondale, Colorado. He graduated from Pueblo County High School in 1966, from Southern Colorado State College (now Colorado State University-Pueblo) in 1970, and received a Master’s Degree from the University of Denver in 1976.

Del went to work for Pueblo County in July, 1972 and was employed at the Pueblo County Department of Social Services for 31 ½ years, retiring on December 31, 2003. During his employment in the Department of Social Services, he worked in a variety of positions. He started out in an entry level caseworker position and worked his way up the ranks into the administrative levels and culminated his time with the department by serving as the director for the last seven years. After he retired, he went to work for Crossroads Turning Points as the Executive Director of New Start Youth Services – a child placement agency that he helped start at Crossroads. He served in that capacity for 5 ½ years.

Over the years, Del has served on numerous community boards and commissions, working with others for the betterment of the Pueblo Community. Some of the boards and commissions that Del is currently serving on, or has served on as an officer or member are: United Way of Pueblo County, Pueblo Workforce Development Board, Rosemount Museum, Pueblo Hispanic Education Foundation, CASA (court appointed special advocates) of Pueblo, Latino Chamber of Commerce, Hope for Children, 2010 Health and Human Services Task Force, Child Advocacy Advisory Board, and with the Social Services Technical and Business Staff committees. He was an active and proud member of AFSCME Local 1335 for over 24 years and is currently a member of AFSCME Retirees Chapter 76.

Del is married. He and his wife, Joyce, have a son – Brian, and a daughter - Christie. Brian lives in Phoenix. Christie and her husband, Talby, live in Pueblo. Del and Joyce are the proud grandparents of one grandson, Joshua.