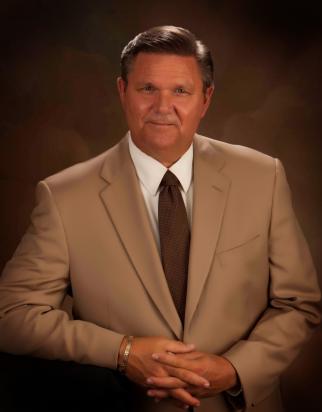 Colonel J. E. (Jeff) Chostner, USAF, (Ret.) is a native of Pueblo, Colorado, graduating from East High School in 1969. He was inducted into the East High School Hall of Fame in March 2001. Colonel Chostner graduated from the University of Colorado and received his Juris Doctorate from the University of Mississippi Law School. He entered active duty in the United States Air Force (USAF) and served as a member of the Judge Advocate General’s Department. Colonel Chostner retired with nearly 22 years of active duty time. He is a graduate of Air War College.

After returning to Pueblo, Colonel Chostner became involved with many community organizations including: El Pueblo Boys and Girls Ranch, the Rosemount Museum, the Bessemer Historical Society, and the Pueblo Medal of Honor Society. Additional, he is the former President of the Air Force Association, Counsel to the Colorado G.I. Forum, a member of the Retired Officers Association, and the American Legion. Colonel Chostner is a member of the Colorado State University-Pueblo President’s Advisory Council and recently named to the CSU-Pueblo Foundation Board of Trustees. Chostner helped create the East High School Alumni Foundation, and is currently working on the East High School Heritage Hall Project.

Colonel Chostner is married; and he and his wife, Paula, have two daughters and are the proud grandparents of four grandchildren.