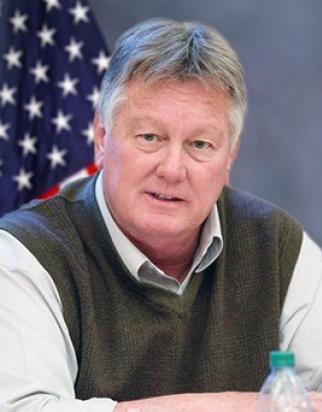 Terry Hart was born in Puerto Rico and grew up in the Denver area but his roots are here in Southern Colorado. His father was born and raised in Trinidad, Colorado and moved to Denver after completing military service in the Army Air Corps during World War II. In Denver, Terry’s dad served as Senior Master Sergeant in the Colorado Air National Guard. His mother was born in Manzanola, Colorado and grew up there and in Canon City, Colorado. Terry's daughter Katie graduated from Northeastern University in Boston with a degree in architecture and works for Perkins + Will Architects.

Terry first came to live in Pueblo in 1971 to attend college at Southern Colorado State College (now Colorado State University-Pueblo). He graduated from SCSC in 1975 with a Bachelor of Science degree with a dual major: History and Broad Area of Social Sciences, with a minor in Economics and a special emphasis in Political Science. He then attended the University of Colorado, School of Law and graduated with a Juris Doctorate degree in 1979.

Terry has served on numerous boards and commissions. He currently serves as Vice-Chairman of the Colorado Citizens Advisory Committee for the Pueblo Chemical Weapons Demolition Project, Board Member of Fountain Creek Watershed, Flood Control, and Greenway District Board, Chairman of Sustainable Pueblo, and President of Colorado Technical Services, Inc. a governmental corporation that provides insurance coverage and services for Counties and other local governments in Colorado. He has served in the past as Chairman of the Pueblo County Democratic Party, Chairman of the Pueblo County Retirement Board, Chairman of the Citizen’s Advisory Group for the Fountain Creek Watershed District, President of Colorado County Attorney's Association, Graduate of Leadership Pueblo Class of 1985 and served on the Leadership Pueblo Steering Committee from 1986 to 1996 serving the last two years as Chair.

On November 6, 2012, Terry was elected as Pueblo County Commissioner for District 1 and was sworn in on January 8, 2013.