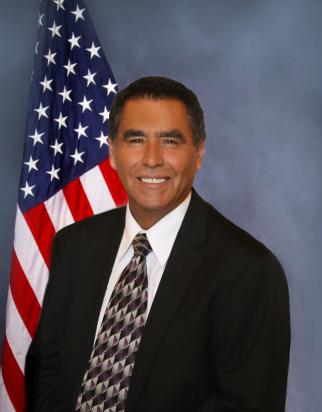 Frank Robert Beltran was born and raised in Pueblo County. He has been married to his wife Maria, an Executive Assistant with the U.S. Forest Service, celebrating 38 years of marriage in August of this year. Together, they take pride in their two daughters; Brandice and Melissa, and two grandchildren with a third on the way.

A graduate of South High School class of 1976 and graduate of Southwestern Indian Polytech Institute (SIPI) in Albuquerque, New Mexico, receiving a Civil Engineering certification of completion. He completed this two year certificate in a one year period.

After college he worked for several surveying companies in Pueblo and Colorado City. In 1980 he began his employment with the Pueblo County Assessor’s Office, working in the mapping department, deeds, farm and ranch appraisal, residential appraisal, commercial and industrial appraisal, state assessed and possessory interest properties and serving in the position of Chief Deputy for 11 years.

His career covers 30+ years of government service. The first 26 years as a county employee, and the past 13 as a Public Elected Official, serving as the Pueblo County Assessor.

Frank truly enjoys his job and looks forward to coming into the office. In his spare time Frank enjoys volunteering at BINGO with the Pueblo Democratic Party, golfing, cycling, traveling, and spending time with his family and friends.